Finding Balance With a Plant-Based Diet

Whenever we think about someone who follows a vegan or plant-based diet, we often think “I could never do that! I love (insert favourite dairy/meat product here) too much!” I used to be the same way! Growing up, I was a lover of all the unhealthy, definitely-not-vegan classics. Among my favourite foods were: New York Fries poutine, the McDonalds big mac, chicken tenders, etc…

As I was growing up, my family had a bit of a health scare when my younger brother was diagnosed with leukemia at age 5. (Luckily, he went into remission after 2 years and continues to live a happy and fulfilling life as a soon-to-be engineer!) This prompted my mother to do a lot of research into healthier lifestyle alternatives. She wanted to help my whole family learn to better protect their health and prevent the likelihood of the rest of us having to experience serious illness as my brother had. One of the approaches she took was to have us all try out a plant-based diet - and I hated it! Every time I saw another tofu and vegetable dish served up for dinner, I wished it was a hot dog or a cheeseburger. I would tell her, “there is no way I could ever eat like this, I could never be vegan! WHY would anyone want to eat this way?”

I had the same mindset for a long time, until a few years ago, when I ordered a quarter chicken dinner at Swiss Chalet one evening. Little did I know, this would be the last time I would eat meat. I got a terrible case of food poisoning that night- bad enough to put me off eating meat entirely. I had heard that it was much less likely you could experience food poisoning if you avoid meat, so I decided to cut meat out of my diet from that day on. I don’t know what it was about that experience, but it disgusted me enough that I knew I never wanted to feel that way again. (And almost five years later- I have not had food poisoning since!)

That was the beginning of vegetarianism for me. As I did my research for recipes and alternatives suitable for vegetarians, I came across a lot of information about the positive benefits of vegetarianism and also veganism. A reduced carbon footprint, lowered risk of disease, easier weight management, to name a few. I realized vegetarianism was not as hard as I’d previously thought, and decided maybe veganism was attainable as well. I started off with a 30-day vegan challenge (similar to the one we are running at MYKW in July!) that I’d read about in Colleen Patrick-Goudreau’s book, titled “The 30 Day Vegan Challenge”.

This really helped to open my eyes to the possibilities of plant-based eating, even though my grocery list was much more “restricted” than it had previously been. Many processed or dairy-heavy products I’d eaten before were replaced with wholesome, plant-based alternatives. I learnt about tons of new ingredients that are generally not used much outside of the plant-based population- nutritional yeast, cashews, plant-based milks, tofu, flax. 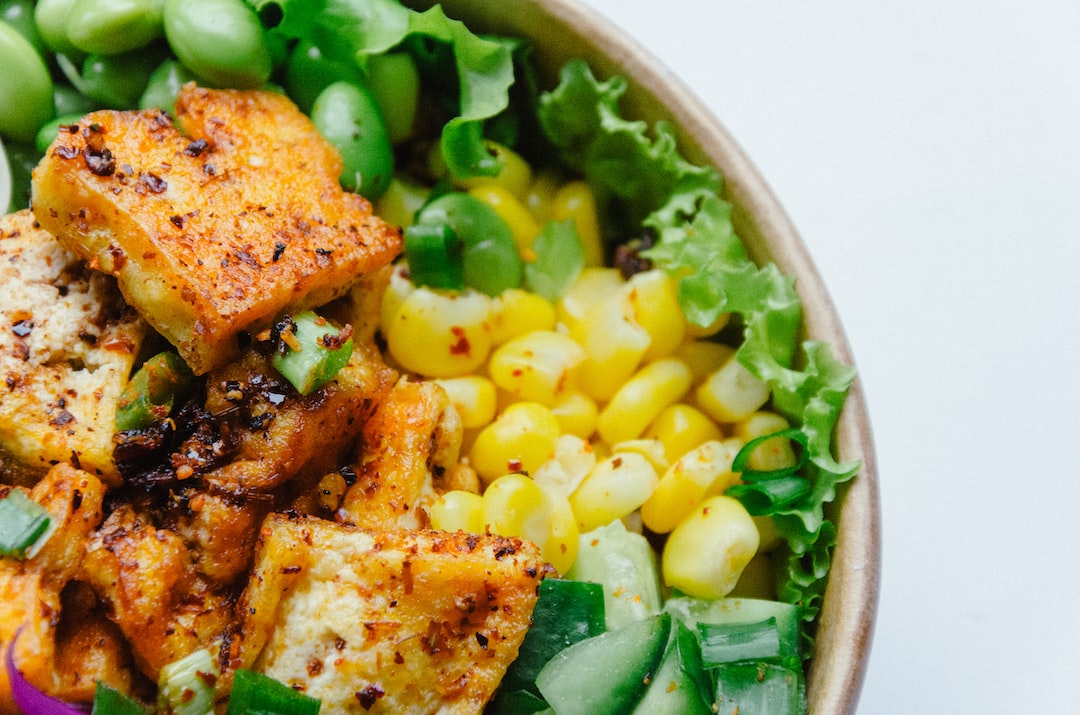 At first, I put a lot of time and effort into my newfound diet- planning and preparing all of my meals myself, grocery shopping several times a week for the freshest produce, always looking for more recipes and tips. Unfortunately, after about a year and a half, my intention wasn’t there anymore and I lost focus of eating that way for the right reasons. Amidst the busy schedule of university studies, multiple jobs, and maintaining a social life, I stopped thinking about the nutrition and energy that food was providing. I was still following a plant-based diet, but had stopped cooking and preparing my own foods, and often relied on the vegan options on my campus food court or at restaurant jobs. Spoiler alert- there weren’t many, and I usually had to settle on a bowl of fries, a poorly made salad, or bread. I was not at my healthiest anymore, and a lot of the food I ate was not giving me the nutritional value I needed. It was at this point I gave up and returned to vegetarianism, having decided, “maybe this isn’t for me.”

Because the truth is- it can be challenging to follow a plant-based diet 100% of the time, unless you are fully present with it. We can’t always afford the luxury of spending time during the day leisurely browsing the produce section at the grocery store and cooking fresh, homemade meals every day.

That is why I think the best approach is to aim to incorporate as many plant-based foods and meals as possible, but it doesn’t have to be perfect. The goal is progress, not perfection. Plant-based living does not have to be all or nothing. I believe that we can make more of an impact if all of us as a community work to integrate more plant-based foods into our lives. It’s better to have many people implementing small changes in their diet, than to have a select few being completely vegan. As Mother Teresa says, “None of us, including me, ever do great things. But we can all do small things, with great love, and together we can do something wonderful.” 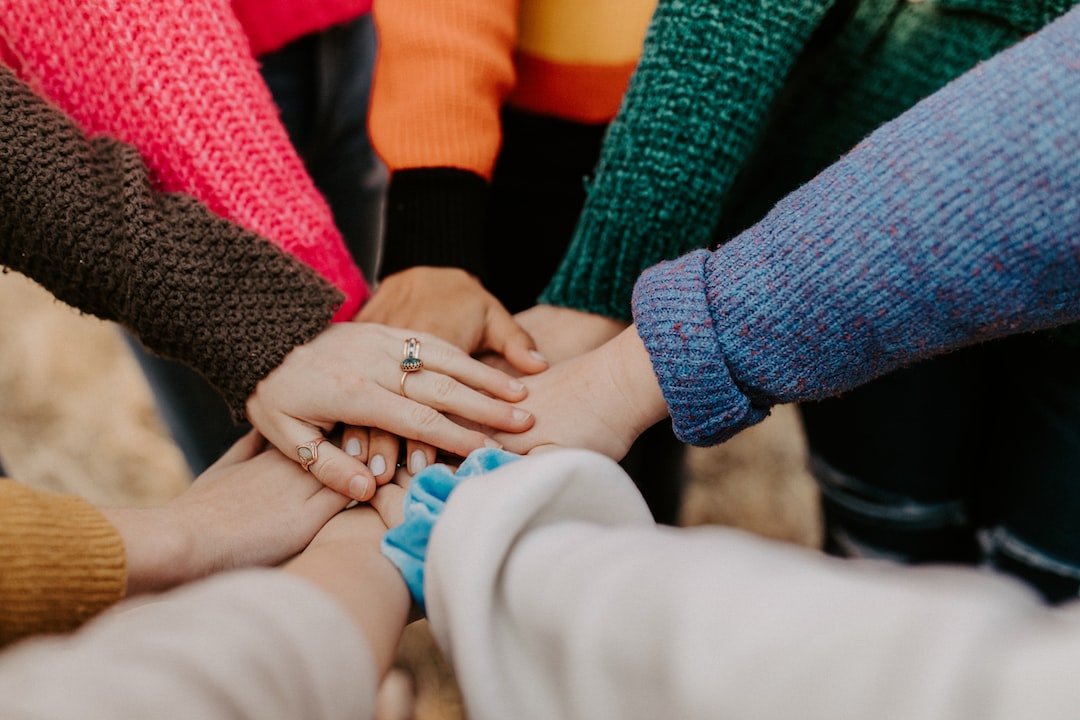 Nowadays, I feel like I have found a balance. I eat plant-based meals 90% of the time, but I’ll still occasionally have cheese on my veggie burger, or eggs for breakfast. For me, it’s much more sustainable to have a more flexible balance between vegetarianism and veganism. That way, I know that if I’m out for dinner, or in a pinch, I’m not only restricted to foods that are not necessarily the healthiest (Side note: I think that in the last few years, plant-based foods have gained so much popularity that most restaurants now have a healthy vegan option, so this happens rarely now).

I am so grateful for what I learned and continue to learn about health and cooking when it comes to plant-based foods. As I mentioned, I was introduced to much of this through vegan author Colleen Patrick-Goudreau’s book, which helped set me up for a successful 30 day vegan “transition”. I think having the structure, meal plans, recipe ideas, and tips from this program helped me a ton. I don’t know that I would have been able to do it without that kind of guidance. That’s why I’m so excited about the plant-based program we are launching here at Midtown Yoga- it makes it so clear and easy, there is no excuse to pass it up! We’ve designed the program to be accessible, easy to follow, and minimally time consuming. It’s meant for EVERYONE, even those who say “I could never eat plant-based” (like I used to)! 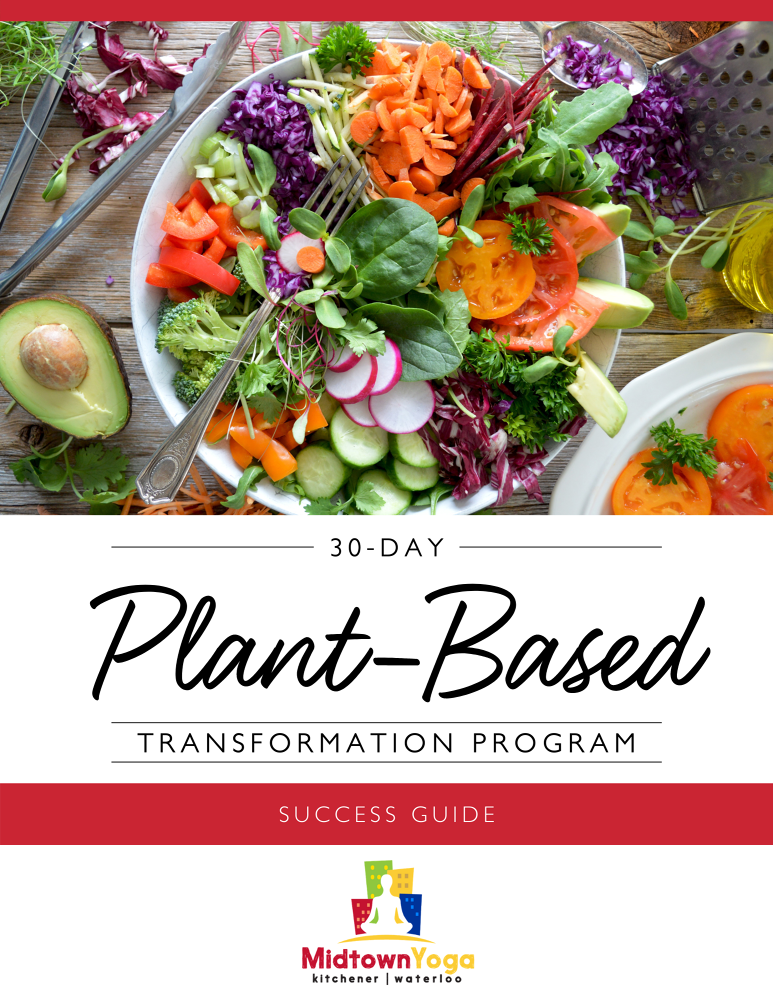 I really hope you try it out because I’m thrilled about the simple, healthy recipes and think they would benefit so many people. Just remember- the goal is not to force yourself to be vegan 100% of the time, permanently. The goal is to begin integrating more delicious, nutritious, whole-food focused recipes into your diet to benefit your own health and the world. If reading my story has inspired you at all, you can check out our program for purchase here.