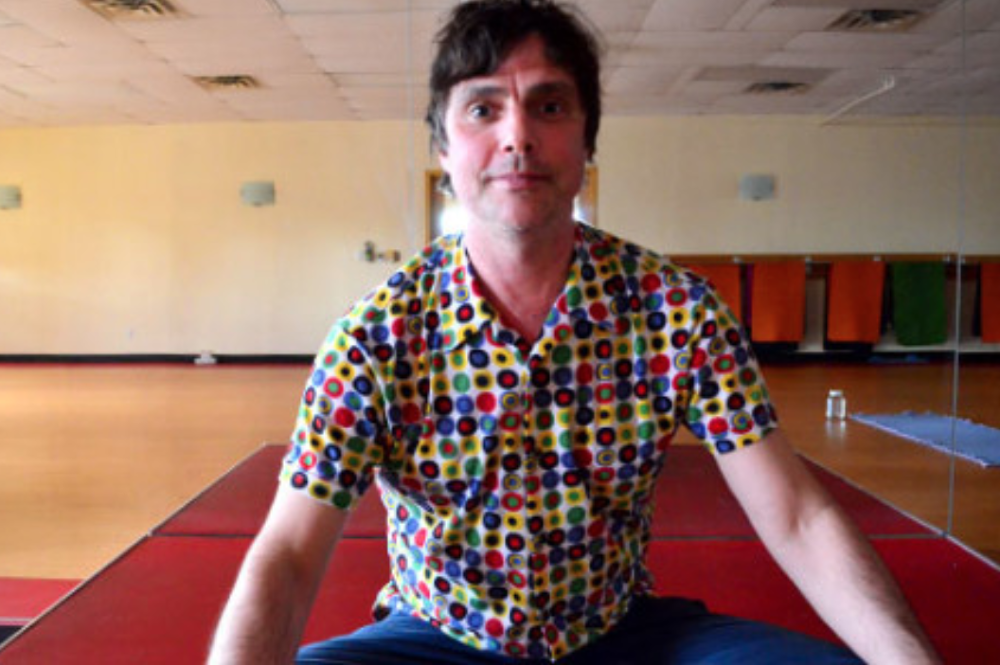 David was voted “Best Yoga Teacher” in the Waterloo Region in both the 2009 and 2010 ECHO Reader’s Choice Awards. He began practicing yoga at the age of 16 at a yoga studio across the street from his high school and thus began a life-long love affair with Eastern spiritual practices and philosophy. He has an extensive background in Buddhist meditation as well as yoga practice.

Having graduated with an Honours B.A. in English Literature from the University of Toronto, he then completed a Bachelor of Education from McGill University. He spent 13 years as a tree-planter in Ontario, Alberta and British Columbia, while attending University and beyond.

It was during his first full year of teaching at an alternative school in Vancouver that he discovered Bikram Yoga. His first class had a profoundly powerful effect on him. Having tried most of the major forms of yoga practice at that time, it was by far the most transformative practice he had ever done: “I had never before experienced such holistic, exhilarating and immediate benefits —physically, emotionally, spiritually – from any yoga practice or any other type of exercise in my life. I was hooked from the first class.” He immediately resolved to become a teacher of this life-transforming series.

David graduated from the Bikram Yoga Teacher Training in the fall of 2003. He taught throughout Canada; Ontario, British Columbia, Alberta and Quebec—as well as in California before opening Bikram Yoga Kitchener-Waterloo on April 12, 2008.

David has a deep passion for and commitment to sharing his love of Bikram Yoga with the public. Posture-by-posture and breath-by-breath he knows from abundant first-hand experience, as well as the testimonials of hundreds, if not thousands of students, the life-transforming and uplifting benefits of a regular Bikram Yoga practice:

“In my teaching, I seek to marry the exhilarating physical, emotional and spiritual benefits of the Bikram practice with a meditative consciousness and direction, whereby each person in the room, regardless of their age, physical and mental condition may leave the room with an uplifted sense of contentment and well-being — ideally with a sense of ease and peace which goes beyond this world.”